20 years ago, people thought that this humongous Island only had human beings, but actually it had living Witches.


The Island was called Witch Island. Basically it only had Witches and living creatures. This Island was so scary that when people arrived to the Island, Witches would come out of nowhere and kill them. That’s why people don’t go there.


Witches are Creatures that look like human beings, but in a scary version. They have a flying broomstick, magical powers, black coats and long black pointy hats. Witches would only roam around at night, so when every light is off they go hunting for humans or creatures.


All the light’s turned off and Ryder was still awake. The Witches emerge through the darkness and into the City. Ryder knew what was going to happen when It’s night time. BOOM! A strange sound came from the backyard. Ryder was really petrified.


Ryder hid under his blanket and waited for any danger. “ WItches ”, said Ryder. Ryder quickly got out of his bed and ran down stairs. One Grotesque Witch saw Ryder sprinting across the room, so the Witch stayed in contact with Ryder.


“ Yes I finally caught a human ”, said the Witch. Ryder turned around because he thought he heard a voice. The Witch quickly hid behind the large log that was stuck into the dirt. Ryder slowly opened the door. The Witch kept an eye on him. So the ugly Witch scared Ryder and Ryder quickly shut the door.


“ THAT WAS A WITCH ”, said Ryder to himself. So he sprinted to back to his room and stayed there. The Witch lost Ryder so he went back to Witch Island. “ OMG, that was actually a witch ”, shouted Ryder. His mum heard Ryder shout.
“ Ryder what was going on ”, Said the mum with anger.
“ Nothing, I need to go back to sleep ”, replied Ryder. So Ryder walked back upstairs and went to sleep.


The Sun pecked through the curtains, and Ryder woke up. “ It’s morning I better get going to school ”. Ryder walked to school really speedy. One of Ryder’s best friends came up to Ryder and said “ Ryder how was your sleep, because you look tired ”.
Ryder looked at him with a angry face. “ I remembered that there was a witch at my house last night ”, said to himself.


Ryder was at class with his friends. " Ryder did you get enough sleep ", said Ryder's teacher.
Ryder didn't want to answer back so he stood up and walked outside. " What's wrong with him ", said the teacher.

How Maui slowed the sun 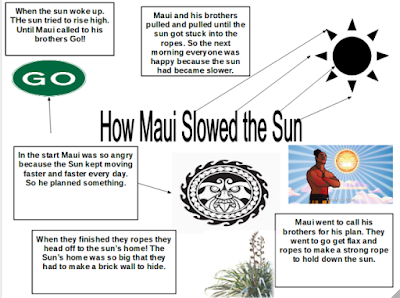 Email ThisBlogThis!Share to TwitterShare to FacebookShare to Pinterest
Labels: 2017 Junior@ptengland.school.nz, How Maui slowed the sun

A piece of paradise

This is one of the other task that we've been given from Mr Wisemam. This is called A piece of paradise. So that title is the name of the story aswell. In this task you have to make your own harvest with shapes or you draw it. The story is about a rain god and a sun god have a big harvest battle, but it didn't work. So they decided that none of them won. So it was a draw. Hope you enjoy!
Posted by Junior at 10:01 1 comment:

Email ThisBlogThis!Share to TwitterShare to FacebookShare to Pinterest
Labels: 2017 Junior@ptengland.school.nz, A piece of paradise 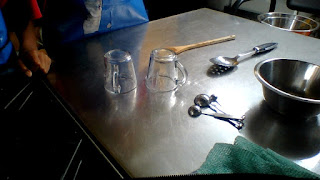 We firstly got all our materials before we started. We used a wooden spoon, 2 measuring cups, measuring spoons, a big spoon and a small measuring bowl. After that we got all our towels that we needed. 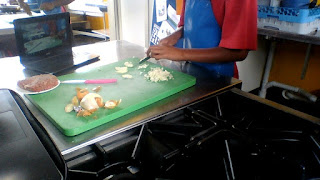 Then Hosea went to get the onions. After he got them he peeled all of the skin off then he cut them into to small cubes that look like mini squares. 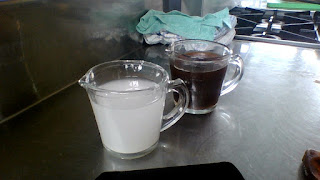 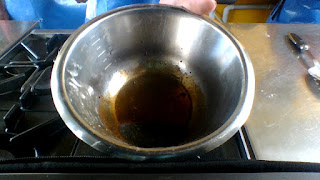 Zack went to get one of the measuring bowls and put in soy sauce. 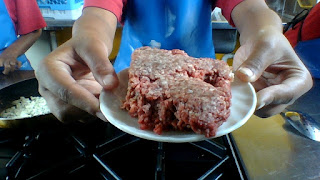 As you can see that I went to go get a small plate of a big squared mince. 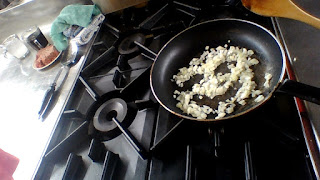 When Hosea finished the onions he made a amazing creation with the onions. He made a cool smiley face. It looks messy on the outside, but you can see the smile and the two eyes. 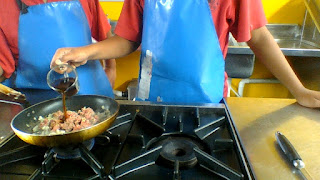 We added the mince in the pan with the onions. After that we added the soy sauce to go with the nice beautiful mince. 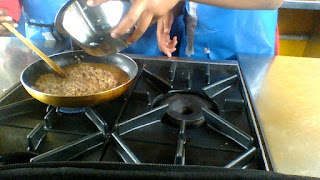 Lastly we added the soy sauce, the nice stock and the corn starch with water. So next week we are gonna add a pile of cheese to go with the mince and following that we a doing our pastry for the mince and cheese pie. Enjoy
Posted by Junior at 12:48 No comments: 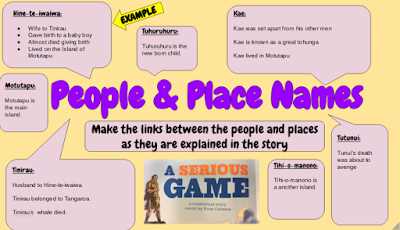 This is my new task iv'e been working on. It is called people and places names. Here are the place names and people names and in every single name iv'e answerd it. So you have to explain what each name means like Motutapu is the main island in the story. Thanks for looking at my blog. Enjoy
Posted by Junior at 10:43 2 comments:

Myths and legends about the sea

Email ThisBlogThis!Share to TwitterShare to FacebookShare to Pinterest
Labels: 2017 Junior@ptengland.school.nz, Myths and legends about the sea

A awesome time in Polyfest.

People thought that polyfest only had island groups, but that's not the only thing that happens at polyfest.

Polyfest is a event that happens every year. Polyfest has a Cook Island group, Samoan group, Tongan group and every other pacific group that perform on the stage. Almost forgot there’s a group named diversity. DIversity is a group that has other country’s in it like Chinese, Indian, Burmese and more.

My 2nd highlight was when we got to watch the diversity stage. India was the country that was performing. India was so cool that a Indian beat was playing then it turned into a cool as remix. When we were watching the Indian group we were sitting on the highest point on the seats that go up. The Indian group were wearing a white t - shirt, black baggy pants and no shoes.

My last highlight was when we got a ASB bag filled with sunglasses, sunscreen, polyfest tattoo logo and a fan. Firstly I put on sunscreen, then after that I put on the sunglasses and my hat. Then we walked around getting prizes from each place. My favorite prize was when we got a mini fan that can connect to our phone so when we are playing on our phone and where hot we can connect the mini fan. Enjoy my blog. Heres what i did Dance
Posted by Junior at 11:59 No comments:

Email ThisBlogThis!Share to TwitterShare to FacebookShare to Pinterest
Labels: 2017 Junior@ptengland.school.nz, A awesome time in Polyfest. 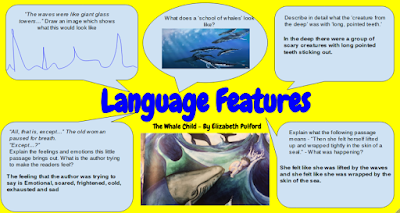 This week our group Bears, have been learning about the whale child. As you can see the top image is a image about the whale child. The language features. Mr Wiseman gave us 3 books to read and our fist one was the whale child. In each box it has 5 different questions, but the first one tells you how to draw the giant glass towers, so i drawed it. Then it keeps going and going util the last question. Thanks for looking at my post enjoy my blog.
Posted by Junior at 10:32 No comments: 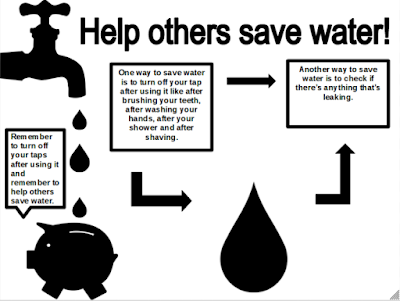 WALT: Read and write decimals
Posted by Junior at 14:52 No comments: 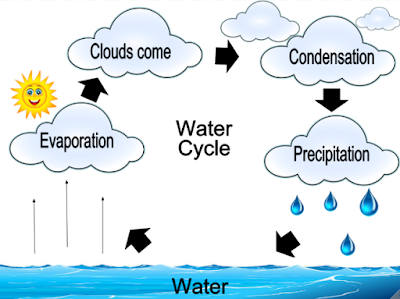 Hi my name is Junior and this i my poster about the water cycle. As you can see that in each cloud it tells you whats happening like for an example. In one cloud it says evaporation. So you could see the water evaporating into the cloud. so that make more cloud. Then thats condensation. Condensation is when more clouds come. The 2nd to last step is when it starts raining so thats precipitation. Lastly all that water from the cloud goes into water and thats my water cycle.
Posted by Junior at 09:50 No comments: 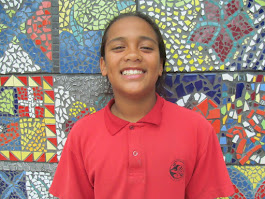